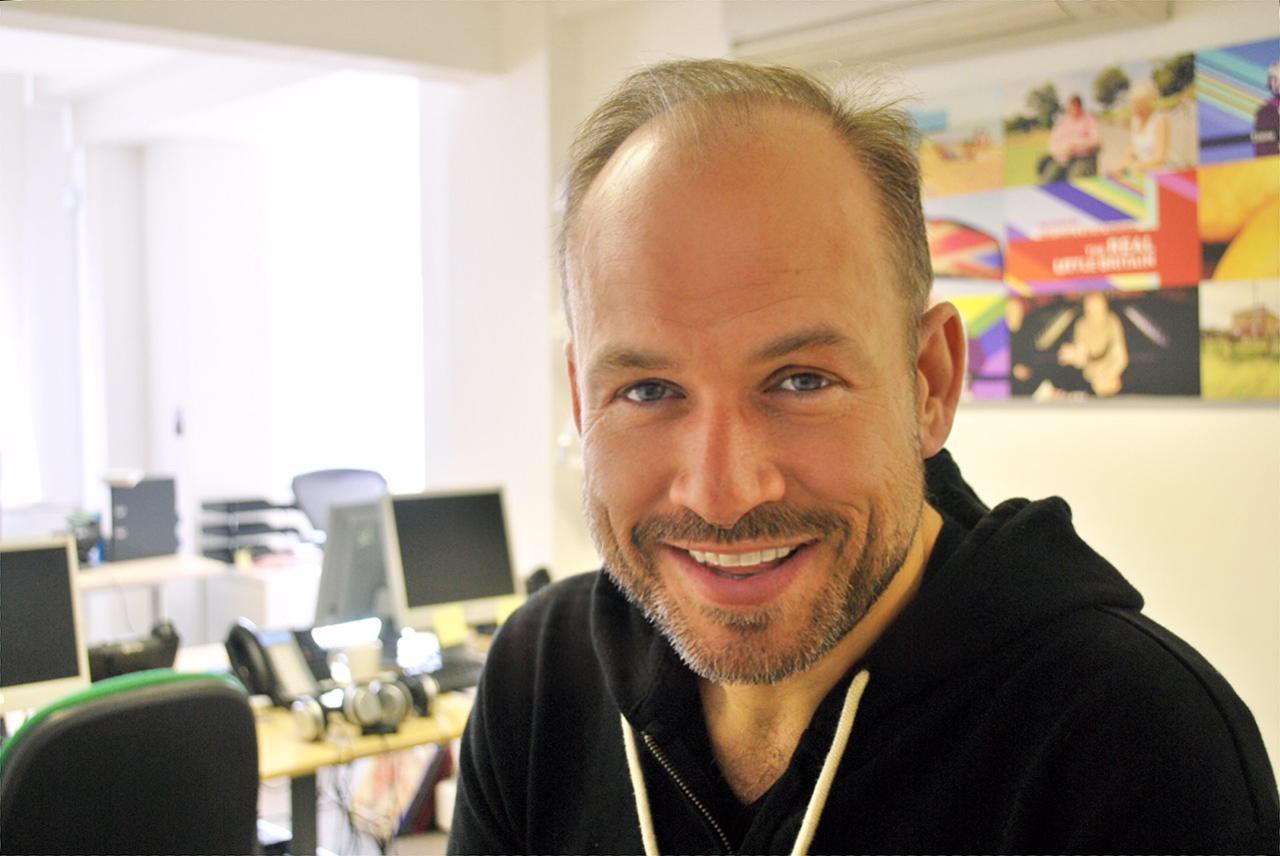 TV Then and Now…

Talented People and Executive Producer / MD of Kerfuffle Steven D Wright put the TV world to rights over coffee and lemon drizzle cake one wintry afternoon. We asked him to put pen to paper about how working in TV now differs to when he started his career…

As a grizzled TV veteran from the olden times (the 1990s), I often find myself getting asked for advice from ‘young’ TV Types – you know, bright, shiny and excitable Researchers and ambitious Assistant Producers looking to make that next move up the ladder.

“So what was it like back then? How did you get started in TV?” asked one young buck the other day, making it sound like I started back in Dickensian London riding a Penny Farthing to work and getting paid a shilling a week.

But even though I am a dinosaur (imagine a doddery Dickie Attenborough in Jurassic Park being eaten by a vicious Raptor) it did get me thinking about the differences in TV back then and today – and just how easy we had in comparison to the young workers considering Telly in 2019.

Back then TV was a sexy, high status, ultra-glamorous industry which got you a lot of glory when you casually mentioned your employment at a party. TV was a head turner and completely pissed all over the other careers on offer in the 90s. Who wanted to work as a city banker, for example, when one could be working on a late-night Channel 4 ‘yoof culture’ entertainment show like The Word as I did?

TV – and I – was so cool. Meeting celebrities, getting free stuff and hanging out with pop stars in Soho was all par for the course and swanking about it afterwards with your non-telly chums (cruelly dubbed ‘civilians’ by us) was worth all the hard work and long hours.

Nowadays the ‘need to know what is airing’ requirement is still the same BUT with hundreds of digital channels and a constant flow of formats from abroad, it is really tough trying to keep up with that latest Israeli format or that clever online comedy from the US. And if you do mention a cool new show, no one else has heard of it or seen it (my social media is full of people asking for recommendations of shows to watch on Netflix).

Sadly, the other change is much more insidious and subtle. Back then, commissioning was straight forward, there were lots of opportunities for pitching and Channels took risks. It seems incredible now but, on average, an idea was greenlit and put into production within a few months and everyone was in work or just about to start a new gig. It was a golden age.

Today – no matter how big or bold, most Channels are nervous, cash-poor and risk-averse (a terrible combination), with impotent Commissioners afraid to put their head above the parapet, preferring to sit on ideas for six months without making decisions. Amid a sea of repeats, it frequently takes around 12-18 months for an idea to get through the process and onto screen.

Even worse, nowadays boasting about working in TV would get you dirty looks, pitying smiles and probably thrown out a cool party. Who wants to work in a dying industry like telly compared to the riches involved in Banking? Or the glamour of doing a podcast or posting photos of your dinner on Instagram as an ‘influencer’? Of course, it all comes down to perception. If, as they say, no one is watching TV in 2019, what is the point in working in it? And is it still worth all the shit that comes with a TV career?

Thankfully it is still worth it – and remember no matter how tired the format or derivative a doc you find yourself working on, doing anything in television is still better than a proper job. Well, at least for the next few months, while the lights stay on, it is (otherwise start sending your CVs to Tesco asap)…

Perhaps it’s the teary-eyed ramblings making me nostalgic – or the fact that I am a yet another Producer-saurus facing extinction, but the truth is the TV industry really is so much harder these days. But then again, now we have iPhones, Deliveroo and Netflix – oh and Game of Thrones is about to start soon. So, there is that…

The rather brilliant Steven D Wright is an Executive Producer and MD of production company Kerfuffle – http://www.kerfuffletv.com/

Take a look at what we do at Talented People, our jobs board and other blog posts for TV industry opportunities and chatter.