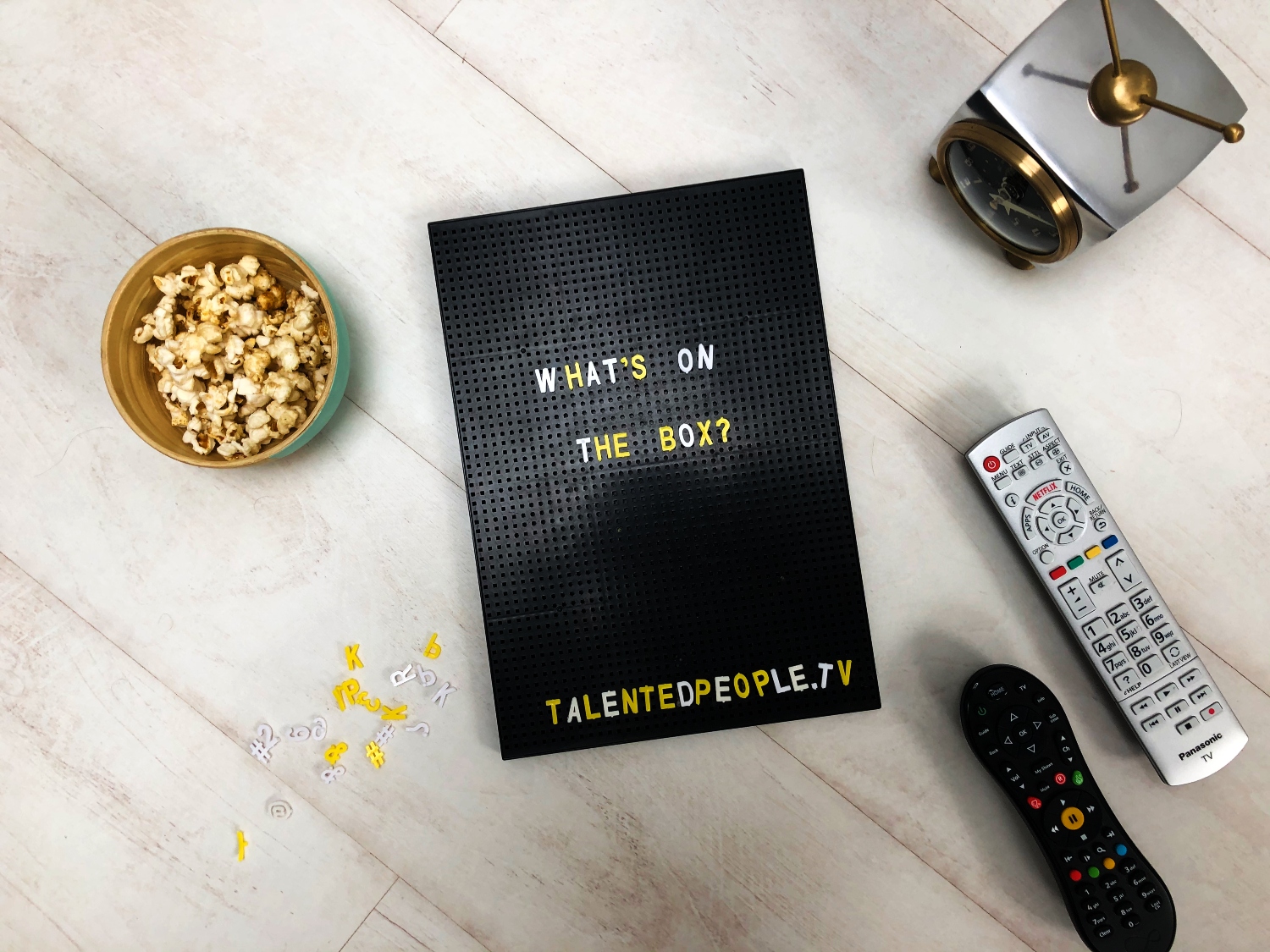 Are you desperate for a new box set binge? Trying to catch up on all the TV series you know you should have watched for interviews but not sure where to start?

This week, long time friend of TP Faraz Osman from Gold Wala (whose lockdown commission ‘My Mate’s A Muslim’, directed by the brilliant Garfield Carrott, is currently on iplayer here) and the lovely and talented AP Lulu Relf tell us what they’re watching:

As a guy with a seriously unhealthy obsession with the box in the corner, lockdown life has provided for the sort of telly indulgence that only Santa could ordinarily gift.

From non-stop cartoons to feature docs, structured reality to fantasy drama, I’m beginning to worry myself in how much screen time my eyes can possibly take. But it’s all in the spirit of ‘catching up”, right?! So here’s a few things that I’ve been ploughing through in between my incessant hand washing…

A drama about conglomerate media, family politics and an unhealthy obsession with power – written by Jesse ‘ Peep Show’ Armstrong? It’s like someone hived all of my preferences and created me a perfectly personalised programme. Or as Logan would say – “Can you check if Richard turned off that fuckin’ Alexa? Not just off. Unplugged. I’ve got enough spies after me without Bezos in here, too….” Darkly tense, deliciously opulent and laugh-out-loud funny if you work in media, it’s a must watch…

Catch Up Docs: Jade: The Reality Star Who Changed Britain

It’s been sitting on the list for a while – but the lockdown felt like the perfect opportunity to re-enter the Big Brother house when it was at its peak. It’s hard to believe that TV was like this – dominating the national conversation long before the era of influencers and zoom yoga classes. Beautifully made, troublingly honest and delicately poignant, it’s a real, at times uncomfortable peel back into the industry that we call home.

Nothing is more annoying in telly than when you see a show announced that you wish you’d thought of yourself. Big Zuu is currently on Dave and I couldn’t more excited to jealously rage watch a show. Rapper/DJ/presenter Zuu decided that being a triple threat was so 2010’s, so he added chef to his LinkedIn. There’s no doubt that Dave are brave to be putting a newcomer on primetime, but anyone who’s seen or heard him before knows that his charm and personality is the true treat. Pass me the hot sauce, I’m ready to tuck in..

I’m not at all embarrassed to say one of my favourite series at the moment is a cartoon called Clarence (S1 on Netflix). My favourite episode is ‘Fun Dungeon Face Off’, about Clarence stealing his friend Jeff’s chips. Watching the first 51 episodes in one go is a weekday well spent.

I’d love to say I’ve watched the seventeen hours of Ken Burns and Lynn Novick’s The Vietnam War. I’m just not quite there yet.

Lovely mix of recommends this week, thanks chaps!

Our Live Sessions on Facebook are proving popular, so watch our social feeds for the next important and inclusive industry natter and join in with your own questions. You can find all previous ones on our site here. Follow Talented People on Twitter, Facebook, Instagram & LinkedIn so you don’t miss good TV industry chat and news, as well as our latest job opportunities…

*Talented People is an Equal Opportunity company and welcomes applicants from all backgrounds and circumstances.*